One In The Cabinet 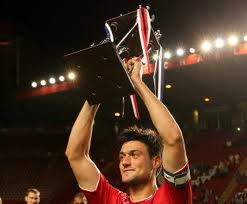 Start as you mean to go on. The season hasn't even started and we've got our first piece of silverware, snatched out of the hands of the Dutch, who by the sounds of it probably didn't realize this until the morning considering how much they 'put away' in The Rose of Denmark last night.
Now just for the title, the paint cup, the Carling cup and who knows, the FA cup to make the set.

Chris Powell fielded an impressive starting line up with maybe only Dale Stephens in the middle of the park and Paul Hayes instead of Paul Benson up front as the only slight surprises.
After a strong start from Den Bosch who played a 4-3-3 formation, Charlton began to find their feet. Rhoys Wiggins and Danny Green both had very strong games and look to be the fantastic signings we expected them to be. Hayes had a much better game than we had seen from him before which must be a great confidence boost for himself whilst also impressing and reassuring the gaffer.
The surprise of the night had to be Dale Stephens. He looked good at Woking but last night against significantly better opposition threatened to run the show. I think he may well line up alongside Danny Hollands against Bournemouth on the 6th of August.

Only the one goal separated the teams, a stunning lob from Bradley Wright-Phillips in the 76th minute, but the woodwork kept out The Addicks on a number of occasions. Green, Hayes and skipper Johnnie Jackson all saw their efforts denied by the framework of the goal.
Den Bosch had their chances as well however and Robbie Elliot had by no means the quietest of nights.
The Addicks held on and the crowd of just under four thousand got to see the trophy resplendent in red and white ribbons lifted aloft.

Chris Powell has said today of his intentions to bring a fourth striker into the club. Poland's Grzegorz Rasiak was in the crowd watching proceedings. The striker is a big target man and has had plenty of experience in England with Derby, Tottenham and Southampton among his former clubs. The young German Jeffrey Schlupp of Leicester also seems to be a name banded about at the moment on the rumour mill that is Twitter. He did impress on a loan spell at Brentford last season with a Wembley appearance to his name in the aforementioned paint cup.

One very good piece of news is that today Johnnie Jackson signed up for another two years with an extension on his contract. With his injury that ruined the end of last season now behind him, he sees a bright future for this club and wants to be a part of it. Don't we all.
Posted by algordon_cafc at 1:52 PM