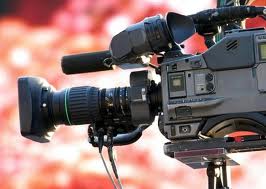 We had been playing second fiddle to Huddersfield Town wherever you looked in the build up to League One's 'clash of the titans', not to mention the obvious omission of a certain Chris Powell as the press have run with this racism story of late. Apparently the game is still rife with that narrow minded hatred, hence the reason why black men never succeed as managers. Apart from in SE7 of course!

Personally i like hiding in obscurity, and in fact feel a little nervous when the worlds eyes are upon us. A selfish thought perhaps, I'm sure the gaffer, the squad, and the board welcome their moments under the spotlights. I didn't support Charlton to see them on football focus every week, to be able to read about the players private lives in the Sunday tabloids, or to buy the latest 5th choice kit somewhere in Asia.
I support Charlton because they're our team. They belong, albeit not on any official documents, to me, my friends, and of course you. We have that intimacy, that involvement and an unconditional love.

As i said before, i have a selfish thought or two, I'm like that, and i don't always want to share my Charlton with every Tom Dick and Harry. That's why, when the eyes of the world are on us, I'm quite happy to let Huddersfield, Halifax, or whoever it happens to be that week play the leading role. We'll all still be there long after the cameras have gone.

So, last night the eyes of the world did descend upon The Valley. Well all except mine. Good old Sky wanted my ticket for this match and as it panned out, no one had it. A Saturday fixture would have had me making my jolly way to my favourite London venue, but a Monday night reschedule meant work. Not even a glimpse of the stupid TV, perpetrator of this evil. I still haven't seen the goals.
No, for me it was good old BBC London radio in the cab of my Tesco dot com van. I could listen whilst driving then deliver to someones door just as we were putting the ball in the net!
As things went, I'd have settled for that.

I caught the beginning, and what in all fairness was probably the most important part of the whole broadcast, a minutes applause for the late Gary Speed. A win and seven points clear at the top of the table are great but pale into very little in comparison.

I heard the opening ten minutes and the Terriers early pressure then, as i was driving down the narrowest of roads in deepest darkest Dorking, BANG!
The back of the van clipped a parked car. Marvelous. In six years of evening deliveries for the supermarket I'd never hit anything and i was, i admit, quite proud of this.
The football commentary was still on but i wasn't hearing a word of it. For only the briefest of moments i thought about just driving on, but common decency prevailed and i pulled over. Good job too as the resident was already out of his house and looking at his damaged wing mirror as i approached him. Very little damage considering the noise of the impact but a knock is, at the end of the day, a knock and procedures have to be followed. And what procedures they are.
It was a good half hour before I'd finished filling out the paperwork in the van log book, logged the accident on Tesco's own incident line, apologized to the owner of the car and climbed (in by now, very damp clothes) back into the cab.
I will admit to being very tempted to asking whether we could go into his house to dot the i's and cross the t's and possibly drop into conversation whether he had Sky sports or not!

When the radio came back on it was half time, Charlton were two goals to the good courtesy of Yann Kermorgant and Hogan Ephraim, and i was very late for the rest of my round.
Even though i didn't have the distraction of the second half as i drifted further into the outback and lost all radio signal, i failed to make up time and returned to the store, and in turn, home at a stupidly late hour.

A bad night for me, a fantastic night for seventeen thousand Addicks at the game. What do i know of the actual match itself?  The two loanees, Ephraim and Darel Russell, came in for Andy Hughes and the injured Johnnie Jackson. I know Charlton got better as the game progressed and with each goal put a firmer stamp on the match. Not much else really. This certainly isn't the place to read a match report!

To sum up then, the media don't recognize us, i quite like that. I crashed the van and Charlton won a top of the table clash with a great performance that, if it hadn't been for Sky, I'd have witnessed first hand.
Gripping stuff eh readers?

Posted by algordon_cafc at 1:14 PM