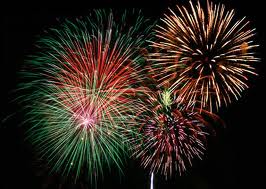 Charlton five, Preston North End two. I doubt anyone correctly predicted this score before kick off, despite the fact we had scored ten in the previous three outings.
As long suffering Charlton fans, we are still pinching ourselves that we've already hit that magic safety points target of forty. And in the first week of November as well. Goals and points galore make blogging that little bit harder as we're so used to finding new ways of expressing our disappointment and frustration, yet very out of practice at complimenting and celebrating. Rest assured though that we shall all rise to the challenge all the time Chrissy Powell's red and white army keep marching on.

Twice recently we had seen the Addicks score four in a game but not in a single half, let alone the opening 38 minutes.
Captain Johnnie Jackson was first on the score sheet finding the back of the net latching on to the rebound after the Preston keeper had denied Danny Green following great work from the reds midfielder. This was a beautiful goal. Green took on all who came his way after picking the ball up in his own half before unleashing a powerful shot. Jackson's outstretched leg guided the ball around the last defender and the keeper with wonderful accuracy .

The second came from centre half (and fast becoming a firm favourite of mine) Michael Morrison. A corner came in high on the goal line which the keeper failed to claim. The ball fell to Bradley Wright-Phillips which he fired directly at a defender and Morrison was there to guide home the rebound for his first goal for the club.

Then we had a talking point. Jackson hit his second and Charlton's third from the spot after Yann Kermorgant was brought down by the keeper. A long ball was fired high up to him, his nearest defender slipped up and let the Frenchman through on goal. Out rushed the keeper who literally upended him!
Yes a sure fire penalty, and a booking at the very least. The ref however showed no card, only he knows why. Fortunately the way the result turned out, not too much should be made of this. I understand as a human, nobody's perfect. I love the fact we don't have goal line technology or whatever and we still allow room for human error. I'd be interested to hear the officials reasons for his decision for sure, but i do get wound up when the press and sometimes the clubs go on a witch hunt after these kind of events. I appreciate events can change games, seasons or even careers but it is sport at the end of the day and in my book that requires sporting gestures.

Wright-Phillips was next up to get his name on the score sheet. A floating free kick came in from the left which found a Charlton head, that in turn found the striker who had slipped behind two Preston defenders into loads of space to nod home.

Danny Hollands made it five halfway through the second half with a diving header from a  stunning run and cross from the impressive Rhoys Wiggins. 5-0 and this really is new territory, dreamland.

Preston did pull two back at the end, their second a very impressive goal that would, under different circumstances, have got a lot more plaudits.

With Huddersfield dropping two points at home to Walsall, it  meant the 17,000 Addicks at The Valley saw Charlton go five points clear at the top of the table as we go into the FA cup break. Not only are we now safe but we're looking good for promotion back to somewhere much nearer where we belong! 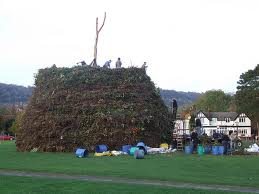 My choice evening of celebration was to join thousands of others at Brockham bonfire for their traditional fireworks spectacular. Myself and Heidi had promised to take friends children to the event by way of babysitting, these events are far more enjoyable with little people oohing and aahing whilst sat on your shoulders.

Remember the numbers five and two? Well, there were £50,000 worth of fireworks set off last night whilst the huge Guy (eight feet tall at a guess) was stuffed with £2000 worth of firecrackers.
Somewhere in the region of five hundred torch bearers light what is thought to be one of the biggest bonfires in the country, an amazing sight as they march up the road.
The heat off the fire was almost too much to bear at times and we hastily made a retreat. The fireworks were once again up to the standard you'd expect for that kind of layout, paid mainly by a list of sponsors.

With no entry fee, the village rely on donations and purchases at the official catering pitches to provide the money for the charity donations that the event is all about. Last year around £20,000 was raised and i doubt yesterday it would have been any less.

It's a wonderful traditional affair with most the residents of the village participating in the build up to the night over the previous weeks. Young men involved in the building of the bonfire are following in their fathers, and in some cases, grandfathers footsteps. It may be the countryside (a city boys little joke) but it's another little tradition and way of life that's ever so English. And that is worth saluting.

And as if i needed any further encouragement to go, one of the pubs on the green had a makeshift outside bar selling a lovely pint of London Pride and very hot mulled wine for the ladies!

So like i said before it's the FA cup first round next weekend. I'll be rushing out the door at church next Sunday to get home for the kick off at Halifax on ITV. I wish the travelling support the best of luck with the early start and praise the players and the board for putting their hands in their pockets to lay on some free coaches for the hardened away day traveller.

I also will get the chance to see some cup action first hand as I'll be at Gander Green Lane to see Sutton United host Kettering Town. Romantic football for sure! This is the FA cup and i love it.
Posted by algordon_cafc at 7:40 PM