And The Reds Go Marching On 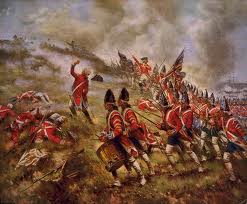 Things are moving on at quite some pace for Charlton. Our assault on League One is well and truly underway, games will come thick and fast, and our main rivals have made themselves known to one and all.
After the slight disappointment, and dropping of points, against Scunthorpe the Red Army are back on course.

A re-scheduled Carling Cup tie on Tuesday night saw a very different Addicks side to that we had become accustomed to. Not that this was by any means a bad thing, quality in depth is obviously something Chris Powell intended on with the summer spending spree, and every single debutant shone in this opportunity to impress. Agreed, it wasn't a first strength Reading team, but League One reserves still beat Championship reserves on the night. Competitive reserve football is something that has been missing for a little while in our part of South London.
Chicago Addick wrote a piece on this subject recently and rather than risk parroting (is that a real word?) him, may i suggest following the link and reading his piece, it's a great article.

Having watched the match at a later date on the club website, work again the culprit, the football was at times enchanting. The score could have been a lot more had last ditch defending not been so evident and slightly better finishing been on show.
The heart and soul Charlton supporter could not have failed to feel proud of seeing the names Benson and Euell on the score sheet. This was without doubt a Charlton performance for the fans, put on by a team that knew we deserved it. Schoolboy comic book images flash to mind.
Bradley Pritchard was the name that stood out on a night of many many shining performances. This is the lad signed from Hayes & Yeading remember, one of the sixteen or so that we never really mentioned or got carried away with. In hindsight, i bet a lot more of the regular 15,000 wish they had spent a tenner on watching our reserves.

Our reward for beating Reading is the visit of Preston. This of course we already knew, what we have discovered since is the prise of a trip to Southampton (or possibly Di Canio's Swindon) for the victors. Not really Roy of the Rovers stuff is it! Maybe we'll have to wait until Wembley for the big gun.

Could we take this momentum back into the League? A trip to Bury wasn't going to be the most glamorous or simplest of tasks.
Hamer stayed in goal as once again the Robbie Elliot saga trundles along. We have now reported Newcastle to the Football League for their behaviour over the matter. It would seem we are not alone in this action. For one reason or another (can't think what) I've gone off The Toon of late.
Bradley Wright-Phillips was the other absentee from the side that took on The Iron. This meant a little re-shuffle could accommodate both Danny Green and Scott Wagstaff.

A glorious free kick resulted in the home side going into the break with their noses in front. This was the first time this season our boys had been behind. At last, a proper test of our metal
Paul Hayes scored at the start of the second period whilst a gem from Johnnie Jackson on the end of a splendid ball showed we have the necessary grit and determination needed to turn this early good fortune into a serious challenge on the summit. Happy happy days indeed.

Our next game is a Monday night affair in front of those dreaded TV camera's. Sheffield Wednesday as Jose Semedo return. Oh how I'm looking forward to this one, and it's on the box, everyone can watch. Except me of course, I'll be working. I seem to really have the short straw.
Exeter at home the following Saturday however and I'll be there. I'm expecting my train to roll into SE7 at around three o'clock so a sprint to the ground will be in order, but it's been too long and everbody else seems to be having more than their fair share of this euphoria. I want/need some of it!

Yesterday i had to make do with some television highlights, extended highlights as it turned out, for my footballing fix. Poor Carl Jenkinson. The reds of Manchester are also on the march.
8-2 is more of a football manager computer game score than a real life one. You have to hand it to Sir Alex, he's about the only old school manager left in the game but still the best by a country mile. Squad after squad is built and rewards are never far away, unlike Arsene Wenger who would love some kind of silverware to put in the cabinet.
Not only was Jenkinson out of his depth, but an early bath as well heaped the disappointment onto the youngsters early Arsenal career. This isn't really how he envisaged making a name for himself surely?

Someone out to once again make a name for himself is Phil Parkinson who yesterday was appointed manager of Bradford City.
I don't know much about The Bantams, they have Valley in the name of their ground which caught fire once, they had a very brief stint in the top flight and on their way down they sold the great Eddie Youds to us.
Looking into the current situation a little i find they are in the bottom half of League Two picking up only four points from their first five games. Good luck Parky, i think you may need it sir.

And so to a bank holiday Monday and a whole day off. No work, no church, and no children's ministry. Heidi's gone off to work leaving me to my own devices and i notice Sutton United are at home to Dover in the Conference South at Gander Green Lane. I'm going to jump on the bike and take a ride up there.
The chance, sorry, rare chance to see a little bit of live football.
I'm having some of that.
Posted by algordon_cafc at 11:14 AM