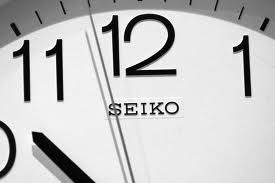 The time is nearly upon us. It's now less than forty eight hours until the start of the most anticipated season for Charlton since the dizzy heights of the Premier league.
The squad has been assembled, the pitch has been laid and even all 27,111 seats have been cleaned by a team of extraordinarily devoted volunteers. There is just a little bit of set piece (attacking AND defending) practise to do and then newly appointed club captain Johnnie Jackson can lead out the eleven Addicks at 3pm on Saturday to begin our assault on the League One summit.

Scott Wagstaff today signed a new contract which finally puts to bed any rumours of his departure. The 21 year old has signed for another year as is delighted to be staying in SE7 until 2013.
Another youngster pledging his future to Charlton is Diego Poyet. Name familiar? Of course he's the son of a bright young manager who knows all about getting out of this division! The young England under 16 star will sign his first professional contract for the club on his 17th birthday in April. Paul Hart, who knows a thing or two about young footballing talent, has been very impressed by what he's seen so far. Definitely one for the future.

The continuing saga of Robbie Elliot goes on with the number 44 shirt being appointed to him. Chris Powell has said that it's by no means an indication of is future, more a personal choice by the player himself. A lot depends on whether the two parties can come to some kind of agreement as far as contracts go, but it is apparent that neither Chris Powell nor Robbie himself are keen on, or indeed looking for a potential new employer for the shot stopper.

Two players training with the club, yet to know about their future are Jason Euell and Grzegorz Rasiak. The Polish striker did play for ninety minutes and score in the friendly at Carshalton Athletic on Tuesday night. It is no secret though that Powell is keen to add another striker to the squad before the end of the transfer window. It is doubtful either one will sign anything before kick off though as Powell has stated how all his thoughts prior to Saturday are now one hundred percent fixed on the Bournemouth match.
Christian Dailly however will not be signing any type of contract in SE7 before or after the weekend. It was anounced today that discussions with the defender have broken down and the Scot is now highly likely to continue his career elsewhere. One paycut to many i fear.

Rumours of Danny Ings and anyone else for that matter can take a backseat for now as the main event steps into the spotlight. Has it really sunk in yet that competitive football IS BACK on Saturday?

It's easy to get carried away with thoughts of the 'p' word, but twenty three other clubs must be having similar dreams, no matter how realistic they may be!  Chicago Addick has written a wonderful piece on our competitors and challengers this season. Sometimes it's easy to forget others will try and rain on our parade and want some of the glory for themselves!

I've planned with my boss to get out of work early on Saturday so i can make the Rose of Denmark before two o'clock. For pre match refreshments I've arranged to meet up with some fellow Addicks for a quick pint or two as there is going to be plenty of atmosphere to soak up. To say I'm excited really doesn't do it justice. I fear Friday night i won't get a wink of sleep, just like a child on Christmas eve!