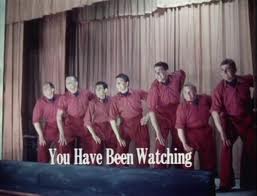 It's been quite an Easter. The weather has been better and hotter than any of us could have wished for, and with it, people's smiles have been so much bigger.
None more so than those rugged Charlton fans today who saw the Addicks put in a performance of note against play off hopefuls Rochdale.
Cameo roles have been the staple diet of Nathan Eccleston up untill this weekend, yet today both him and Dean Parrett put in strong performances which would warrant places in Chris Powell's plans, if they weren't due to return to their parent clubs this summer.
Encouraging football then to see the season out and two great team performances over this Easter weekend. Perhaps next season really could be ours, it's not all doom and gloom. For Swindon it is though. We sometimes forget how tough times are for others. We've all got an attitude that as Charlton fans, we are all long suffering and although we hope our children will follow in the tradition, we wonder if its fair to put them through it.
This time last year we were getting excited about the prospect of the play offs and another day out at Wembley. As we all know, Swindon stood in our way. Twelve months on, and that side have been relegated to Division four. They were victims of giant killing Crawley in the FA cup, now they'll have to go back there as equals. Paul Hart is only contracted to the end of the season and i doubt he'll be keen to take the reigns permanently. We think we've got some rebuilding to do!
We did need to go into the summer on a high otherwise we could be carrying on in August where we left off in May. It's just a question of how much the cast will change as we know it will. Can we keep the headliners, and will the new supporting roles be of the necessary quality.
The whole 'you have been watching' thing really struck me today. It sounds like you've seen them for the last time, and in two weeks time we may well have.


Today had a very strange twist. I couldn't make the game as i had already arranged to meet friends in Belvedere. I left them, and with Heidi on the back, rode past The Valley at four o'clock on our way home. Very strange to be there but not be there.
No, instead , we were the privileged guests of Paul Raisey and his wife Kay to their daughter Charlotte's birthday party. 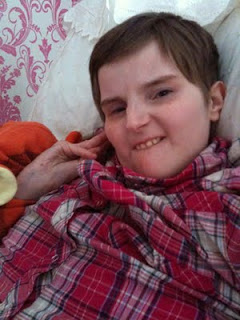 Charlotte has been back home for a short while after a lengthy stay in hospital. Paul had kept the whole Charlton twitter community up to date with her condition and I'd told him that she was on my prayer list.
Charlotte lives with her friends Kerrie and Nik. They've all known each other for years and have a great team of carers. They call themselves the Abbey Road Friends and ARF have a blog page which i strongly recommend as a great read. http://abbeyroadfriends.blogspot.com/

It was a real honour to meet Paul and his family today. It's easy to say that you don't realise how easy we have it until you meet others in a different situation. All i know is, there was so much love in that flat today. Charlotte is a very beautiful, special young lady with an awesome family around her. Once again, through Charlton, I've been lucky enough to meet some of the loveliest of people.
Thanks again Paul!
Posted by algordon_cafc at 9:14 PM