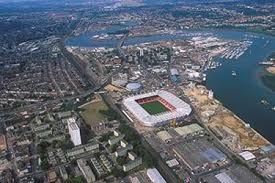 Last night saw another trip to the coast, this time to Southampton. I don't think many of us thought that even after Saturday's win, we could get more than a draw out of this fixture.
Listening to the commentary on BBC London radio, we were a long way off a draw. Average at best, against a Saints side that can play nice football, our defeat was deserved.
League tables don't lie. Last season Norwich played great football, this season Brighton and Southampton are doing the same. Fact is, we are not good enough. It was only last month that the Saints came to The Valley, put in one of their most disappointing performances of the season, and still came away with a point.
A lot to do in the Summer then. Chris Powell sees these lads every day. He sees how they train, their timekeeping, their attitude towards the club and each other. Hopefully, what he is seeing is a group of footballers that want to play for Charlton Athletic, and are proud to do so. He will also be aware of what his players are saying to friends, colleagues, supporters, press and on social networking sites. 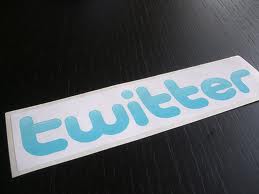 It's great to be able to keep up to pace with the players on Twitter, it's a real bonus of this modern age. It is also however a spotlight on their thoughts. It's so easy to type a short statement in the heat of the moment criticizing or complaining, i know, I've done it. When however you have a few hundred or even a few thousand followers reading these thoughts it can cause uproar. I'm not condoning what the player(s) have said, and I'm glad they actually care enough to say it. It's just not the right place to do so. I'm amazed the club hasn't put a ban on players using Twitter. Gossip is rife, abuse is hurled and morale of the players and the fans is dented. Three hundred odd supporters went to St Mary's last night and were a real credit to the club. They sang their hearts out and supported their team. Many others sit at home ready to slate players and manager alike when things aren't going to plan on the pitch. I want to see enthusiasm, passion and desire from both the players and supporters. What i don't want to see is all this negativity and hatred. This is Charlton, stay proud to be a part of it.
Posted by algordon_cafc at 1:55 PM