We thought it may never happen... 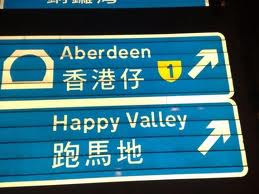 Today, however, it did. Charlton Athletic finally won. Today we had a happy Valley again and the boo boys sang the teams praises for a change. Eleven games without victory is an awful long time and at a quarter to four this afternoon, i really didn't think that poor run was going to end today. A first half of drab football and a goal for Leyton Orient, from ex-addick (always the way) Scott McGleish, and once again Charlton heads seemed to be on holiday already.
But what did Chris Powell say at half time? Whatever it was, it certainly had some effect. We saw a totally different team for the second forty five minutes. No sooner had we kicked off than Paul Benson latched onto a rebound after their keeper, who was in for quite an afternoon, saved the original shot from Wright-Phillips.
After that the Addicks really were on top and Benson could have easily doubled his tally from a Parrett free kick, except for a tremendous save, point blank from their stopper, Jones. He then produced another incredible save moments later from a fierce drive from Racon, tipping it over the bar.
Maybe it was going to be our day after all, and then one chance for the visitors and bang the balls in our net. The Orient lads ran off to celebrate only to be cut short as it didn't stand. Phew, they had been penalized for a foul in the build up. Charlton breath again.
But there was still so much more to come. Up the other end immediately and Jones, remember him, well he more than made up for those two fine saves.

In true stuff of nightmares, he threw the ball straight at Wright-Phillips who was only a few yards away, for what will remain in all Charlton memories as the funniest goal seen at The Valley for many a year. An easy slot home for the striker to keep up his good record. An easier goal he will never score. So 2-1 and we are actually winning. Could today really be the day?
Not only a win but to top it off a Semedo goal. Yes you did read that correctly. Semedo. He headed home from a couple of yards out after a cross from new boy Michael Stewart.
Fair play to Orient, they didn't roll over and hit the woodwork a couple of times in the last few minutes of the match but all to no avail.
We had done it. We had taken as many points today as we had in all those eleven games put together. The result was the one our performance deserved and the confidence that will give the lads for Tuesday's trip to Southampton will be immense.
I know its easy to get carried away with one great result, but i feel that with nothing more to play for than pride and a possible contract offer, we could enjoy some great football for the last seven games of this season.
It's been a while since my Saturday evening has been so elated.
Singing Valley Floyd Road, my only desire............
Posted by algordon_cafc at 5:34 PM